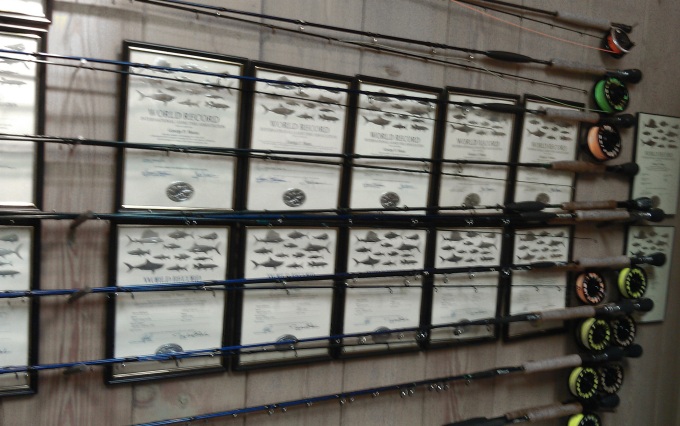 Sometimes the only way to get to the fishing hole is to make yourself. This weekend my roommate Drew and I were able to go back to Alabama and spend Saturday afternoon around the fishing hole for some warm water fly fishing.

There aren’t any trout in Alabama, at least not the eastern central part, so we were banking on hooking only bass and bluegill. Spawning season for bass is right around the corner so we were expecting to see some in shallower waters.

The temperature was in the mid 80’s this weekend, which was fairly unexpected. I can’t help but wonder if the sporadic temperature changes are keeping the warm water species from being too aggressive.

We started the day going after top-water action. The assumption was that if the fish were moving into shallower waters then maybe they’d go after something like a popper or dry fly; however, if the top water bite didn’t produce then we were prepared to go deeper.

The top-water poppers produced well early on, but after a while the bite and bump slowed down. It wasn’t until I changed to wet flies that the bite picked up again. At that point it seemed as though nothing was interested unless the fly was 10+ ft down. It was very frustrating considering there was no real consistent pattern. My suspicions were later confirmed as my dad hauled in his 14th fish on a slow moving trick worm he was casting on a spinner combo.

The big fish were still deep.

After a long day of casting, and watching my dad haul in a couple of nice ones on his spinner, I can’t help but figure that they aren’t quite ready for the fly. Drew and I weren’t completely unsuccessful on the fly, but it was very clear that the bass and even bluegill weren’t aggressive. Any bite came deep and on a slow working fly.

Give us a couple more weekends like this last one, and I’m confident that more bass will move in for the spawn. The water temperature didn’t seem too cold (I’d know, I feel in trying to retrieve a hung popper in a bush), but I’m sure the extreme fluctuation in temperature over the past few weeks still has them apprehensive to move in for the pre-spawn.