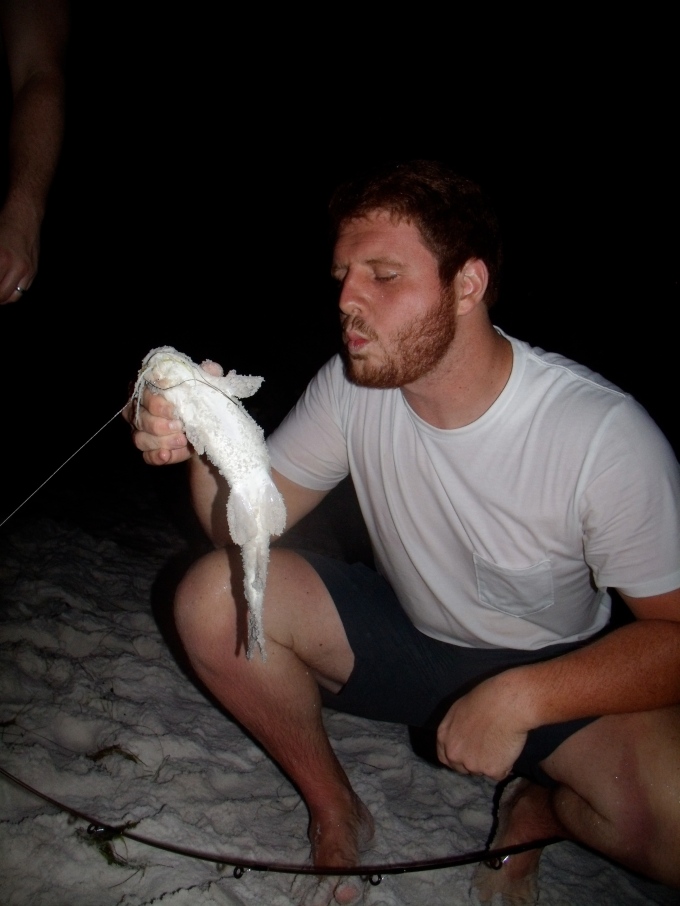 If you follow me on Twitter, Google+, or any other social medium then you know I’m currently at the Gulf. Also, if you know me then you know that any trip to an body of water larger than a swimming pool (and those too some times) wouldn’t be complete without trying to cast a line.

This post is called ‘Off the Fly’ only because…don’t get mad…I’ve been mixing in my fruitless fly surf casting with some spinning action.

Okay, well there’s not much to report right now.  Drew and I (that’s Drew at the top) have been catching hardhead cats like it’s going out of style, and believe me, it’s starting to feel like a Spicegirl’s album is on repeat.

Surf casting on the fly has produced a few bumps here and there, but outside of seaweed and a jellyfish sting I don’t have much to show. We’re going to try a few other spots before we go home tomorrow. Hopefully we’ll hook something other than hardheads.