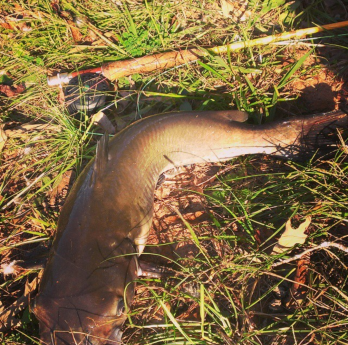 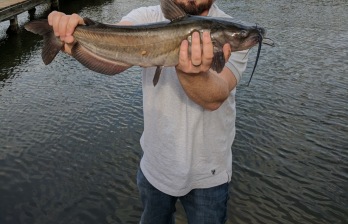 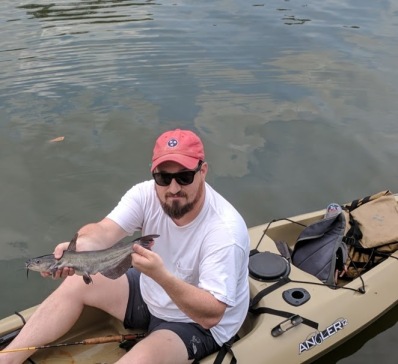 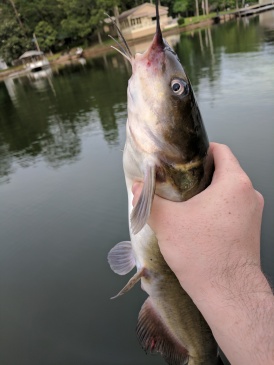 The probability that a warm water fly fisherman reading the title to this post is going cross-eyed in bewilderment is very high.

“You’re complaining about catching catfish on a fly rod?!”

“You’ll catch overgrown goldfish all day, but turn your nose up at a catfish?”

Let’s talk for a moment.* Catfish are great. They’re delicious. On bamboo pole (single cane not Tonkin) with a bobber and a tin of earthworms, they make for an enjoyable afternoon.**

On a fly rod, catfish are surprisingly disappointing. There’s a slew of factors to consider, but what makes them ultimately disappointing ties back to the fish’s attitude.

Catfish have zero fight in them.***

Once you both realize what’s going on (you’re aware it’s not a stump and it’s aware something’s yanking on it) there are about 5 minutes of the fish rolling around and that’s pretty much it.

All of a sudden you’ve got it pulled up next to the bank staring at you.  At this point, you begin to realize you’re going to fight more with the fish to get him off of the hook to save your fly than when you were pulling it in.

It’s almost like every catfish ever has already been caught and they know the drill. You’ll pull them in and fight with taking the hook out of their mouth, which won’t be easy because they’re covered in skin, not scales, and you’ll let them go because you probably didn’t try to catch them anyway and even if you were and decided to keep them they’ve accepted their fate and probably had a good run anyway at least they ground down the threads on the fly you were fishing with and probably wrapped your leader around an underwater stump and scratched it all up yadda yadda yadda yadda…

I’m not saying catfish aren’t worth catching. Depending on how motivated and hungry I am I might say the exact opposite.

* By “talk” I mean read this opinion

** No way I’m waking up early to go catfishing.

*** I’m talking about channel cats that are generally less than 5 lbs. I’ve never caught anything bigger on a fly rod. I’m sure the +20 lb flatheads and so on are a different story